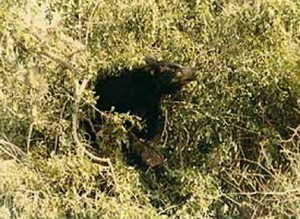 A female pilgrim on foot  (Pada Yathra), traveling to Kataragama on foot through the jungle routes in the Yala National Park, was killed at around 10am today (July 10) after she was attacked by a sloth bear, Pottuvil Police confirmed. The body of the victim, a 30-year-old teacher from Thirukkovil, is currently placed at the Kataragama Hospital. Large numbers of pilgrims, walking from as far as Trincomalee, journey to Kataragama for the Esala festival each year. The final 100 kilometers of the walk takes the pilgrims through uninhabited jungle of Yala Sanctuary.