Off Season for Rambo, the Uda Walawe Elephant?

For the past one week, Rambo the famous Uda Walawe elephant has been missing from his favourite haunt of the Uda Walawe reservoir bund. Rambo is well known for his antics, standing behind the electric fence at the edge of the reservoir bund and soliciting food from passersby. 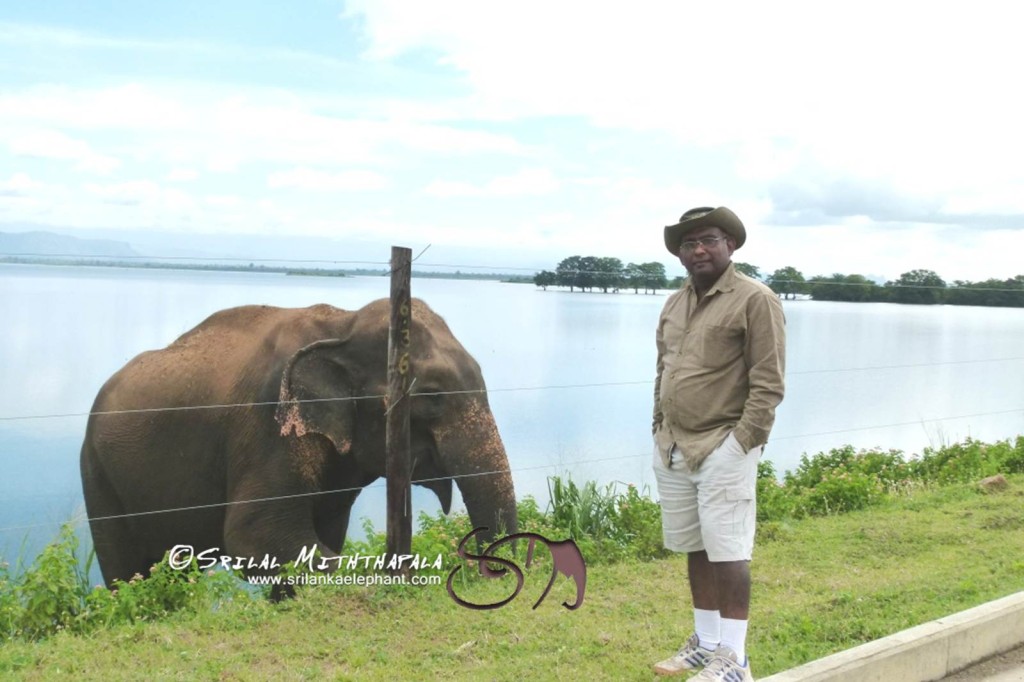 Rambo at the bund

In fact, there was a concern by the Department of Wildlife Conservation (DWC) recently that he may be getting a bit too acclimatized and bold, and that something should be done to slowly wean him away from this habit. At the request of the DWC, LTL Projects (Pvt) Ltd designed and constructed large boards advising the public not to feed Rambo. These boards are now erected along the reservoir bund, but ironically Rambo has now gone missing ! 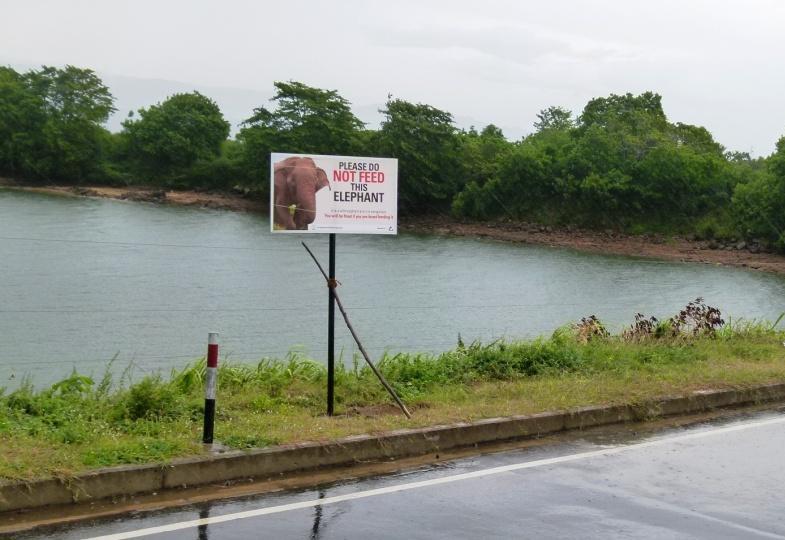 There is a wide speculation as to why he has suddenly vanished. One theory is that due to the lower number of tourists passing by, resulting in lesser tit bits, he has gone seeking other resources. It is well known that May and June are the lowest months for Sri Lanka tourism, where arrivals drop drastically to the country. Also with the school term in full operation, there is very little local holiday movements during these months as well. Consequently, hotels and other tourists’ attractions, such as wildlife parks have poor occupancy.

The very strong ‘Kachchan’ winds that blow during June / July whips up considerable dust storms, that can be very strong on top of the bund, which perhaps could have has also disrupted Rambo’s activities.

About 8 months ago, Rambo suddenly went missing in a similar fashion, and there was a concern, because he was ailing at that time with sickness and gun-shot wounds. A search was mounted and he was found at the edge of the park, quite ill. Dr. Vijitha Perera, the Veterinary Surgeon of the DWC treated him for several days and he made a remarkable recovery. 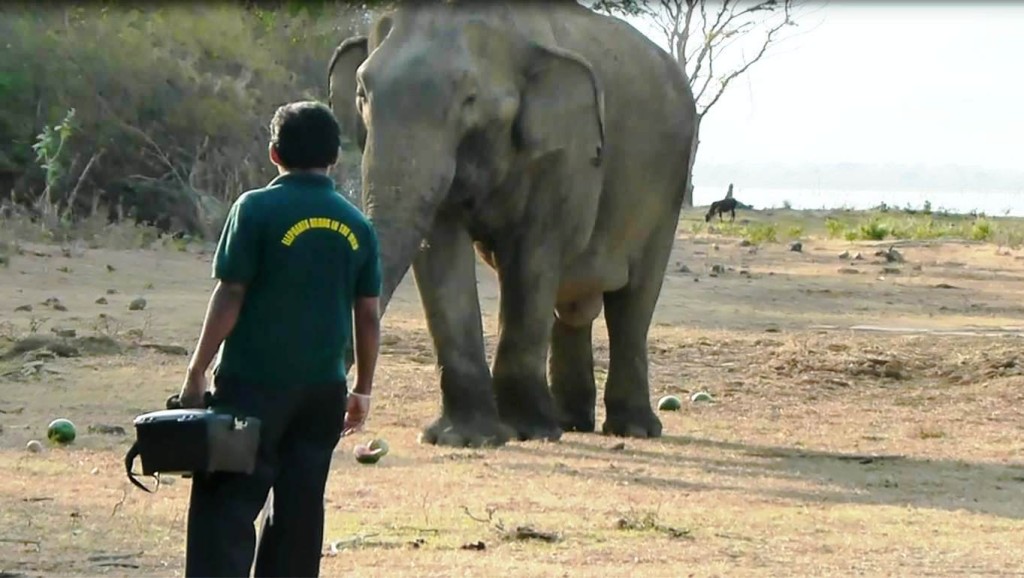 When I saw him a month ago, he was in prime health with good body condition. So, this time, the thinking is that perhaps Rambo has suddenly decided to go on a ‘walk around’ for some unknown reason.

There was also some concern that if passersby are prevented from feeding Rambo, that he would go hungry. This is quite a wrong conclusion, because a fully grown male elephant of Rambo’s size, would require about 150 kg of vegetation each day for sustenance. There is no way that Rambo can get this quantity of food from people who feed him on the bund. Many of us know that Rambo swims across the reservoir and goes back into the park to eat, and only comes for his ‘dessert’ to the electric fence, where he gets the chance of indulging in treats of watermelons, bananas, sugar canes given by the passersby !