Last weekend during a visit to the Uda Walawe Park, I saw that Rambo is still at his old haunts along the bund of the Uda Walawe reservoir, and doing well. This is  despite the attempts by the Wild Life Conservation Department (DWC  ) in erecting a second electric fence along the edge of the water of the reservoir, to prevent him swimming across and getting on to the bund. 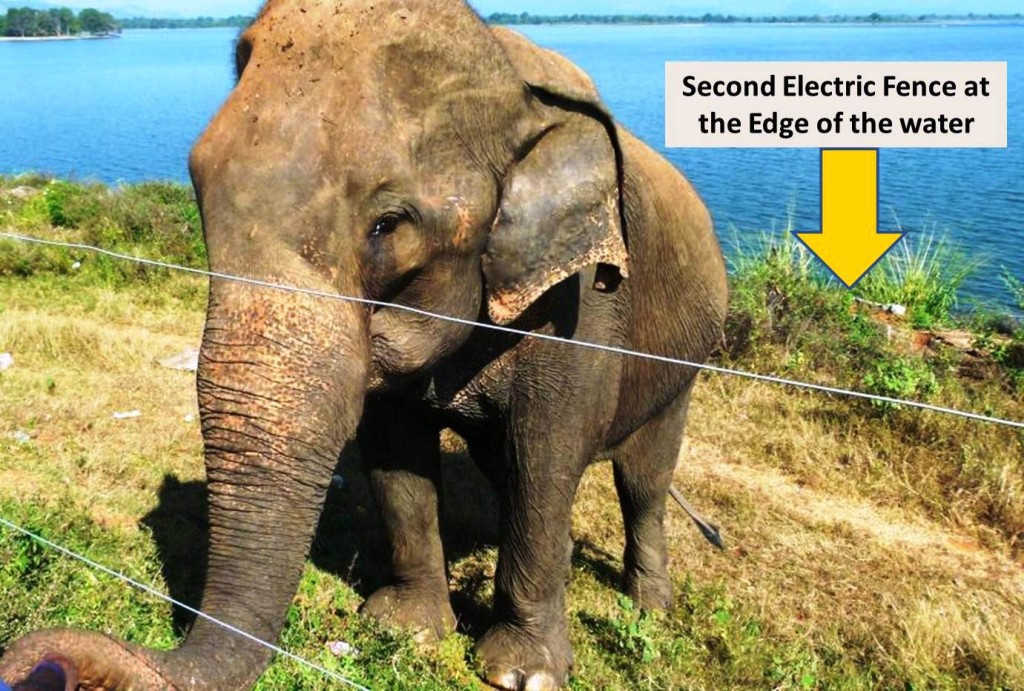 For the past 4 years or so Rambo has been patrolling the bund and soliciting food from passers-by. In fact he was the ‘pioneer’ who first started coming to the electric fence along the Tanamallwila road some 15 years ago, which spurned a whole host of other elephants also ‘learning the ropes’ from him, and joining in. During one period there were more than 20 elephants along this stretch of the road. With the DWC erecting a second electric fence behind the first along this stretch, all elephants vanished except Rambo. He was smart enough to swim across the water and get on to the bund (where there was only a single fence) and continue with his antics

To try and prevent him coming on to the bund, the DWC recently erected a second fence along the bund, at the edge of the water. However this did not deter Rambo, who gets on to one end of the bund, and walks thru the gap between the two fences, where he spends most of his time now. He walks up and down this 5-6 meter gap between the fences, and still solicits food from drivers passing by. 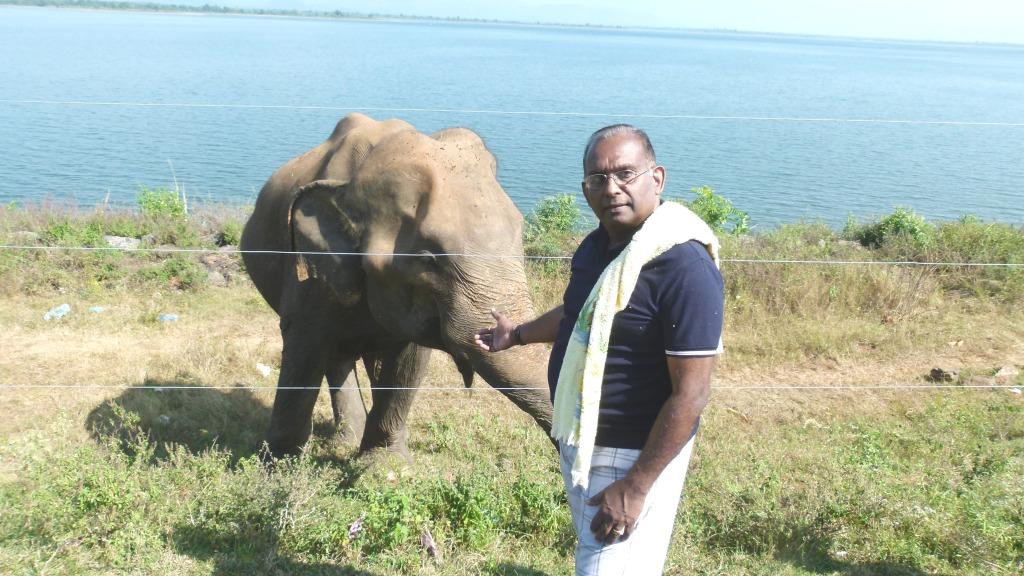 It was good to see him, seemingly well recovered from his near fatal illness and wounds of about 6 months ago. It was due to the commitment and loving care of Dr Vijitha Perera, Senior Veterinary surgeon of the DWC, that Rambo made a miraculous recovery. At that time I was fortunate to see first-hand how Dr Vijitha calmed Rambo down in inside the park, and fed him fruit, laced with strong antibiotics. His wound on his belly also seemed to have healed well. 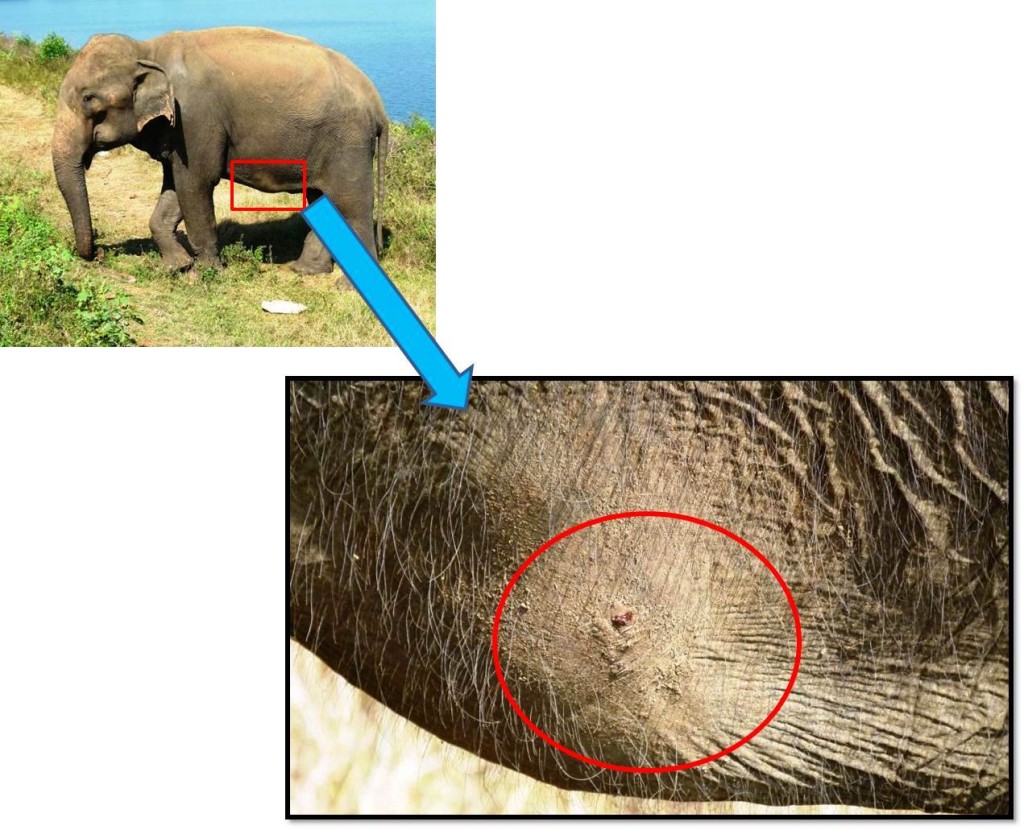 I am of the opinion that the DWC should now let him be on the bund, where he has spent his last few years, rather than try to rehabilitate him back into the jungle by trying out various schemes. At this late stage of his life, it will only cause him stress and disruption to his daily routine.  We taught him to ‘beg’ by acclimatizing and habituating him to us humans. Now let us leave him alone, as long as he does not cause any harm to anyone. (which he has never done so far)

He is happy, and contented with life, watching the world go by, standing on the side of the bund, and still giving passers-by, a one-of- a- kind, unforgettable experience of seeing a wild elephant so close up.  He has done his bit to create awareness about the plight of his kith and kin to the world, and I think we should manage this situation, learn from the mistakes, and let nature take its course with Rambo.