We were driving along and as we passed the Seenuggala bungalow, we saw a big male elephant on the side of the bund and we quickly turned in and drove into the bungalow, close to where he was. He watched us until we shut the engine off. 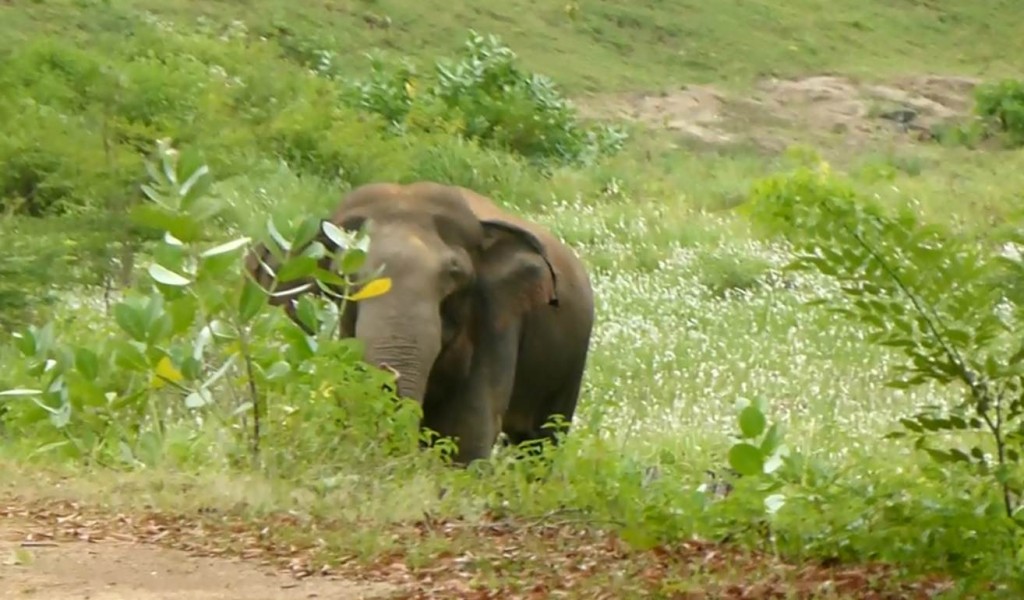 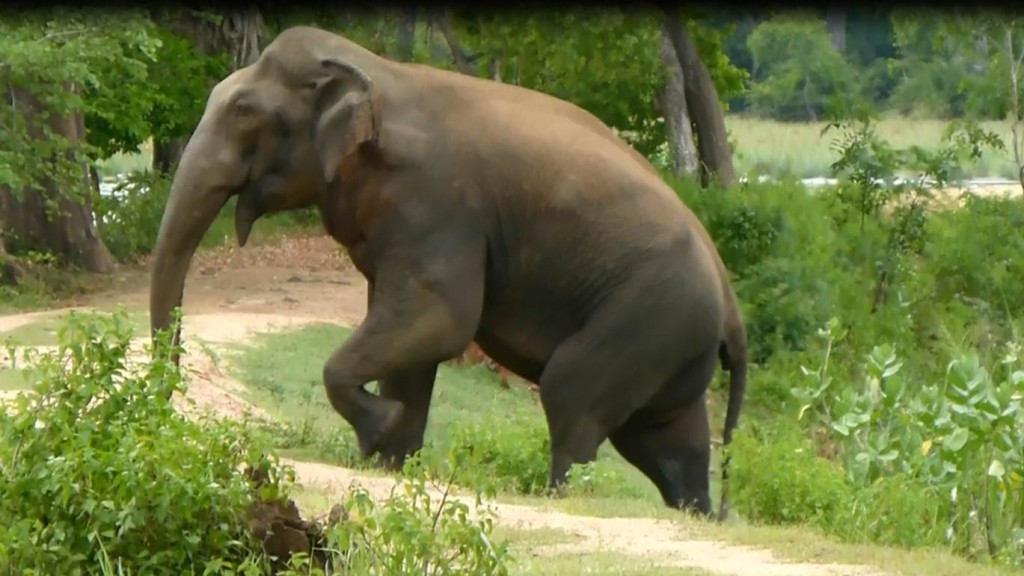 After trying to cross the water, he decided otherwise and climbed back on to the bund, scooping up a trunkful of water. 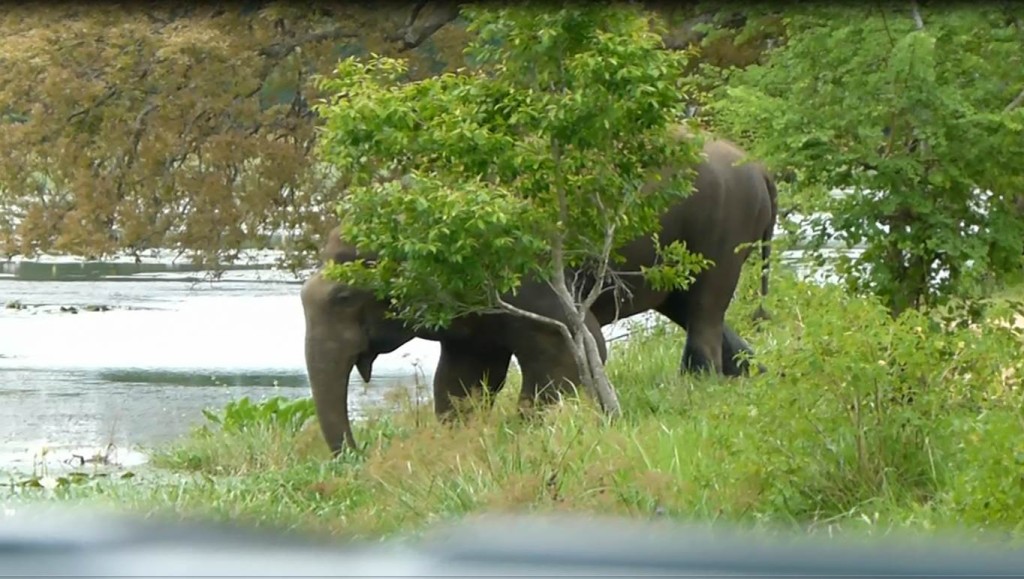 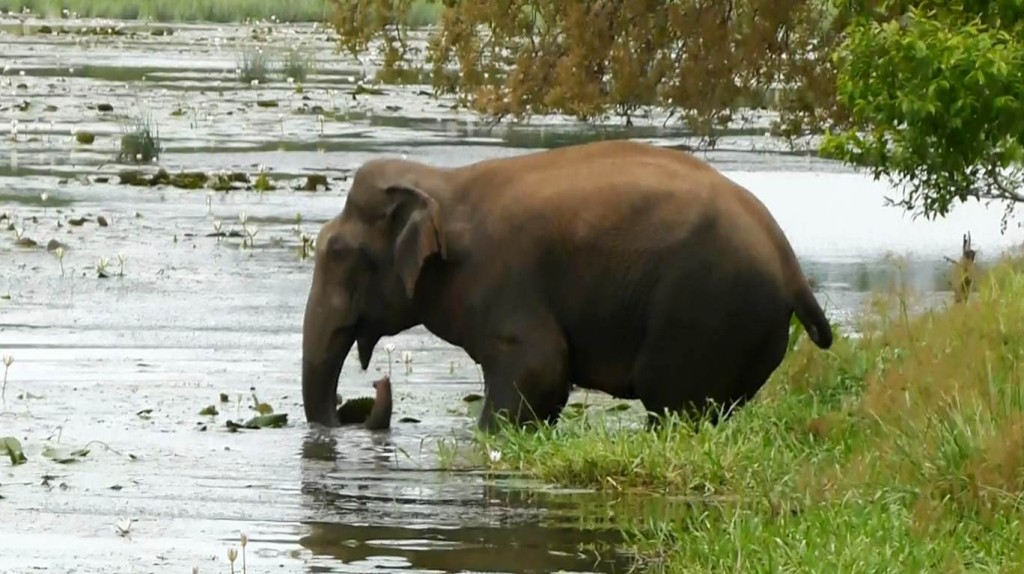 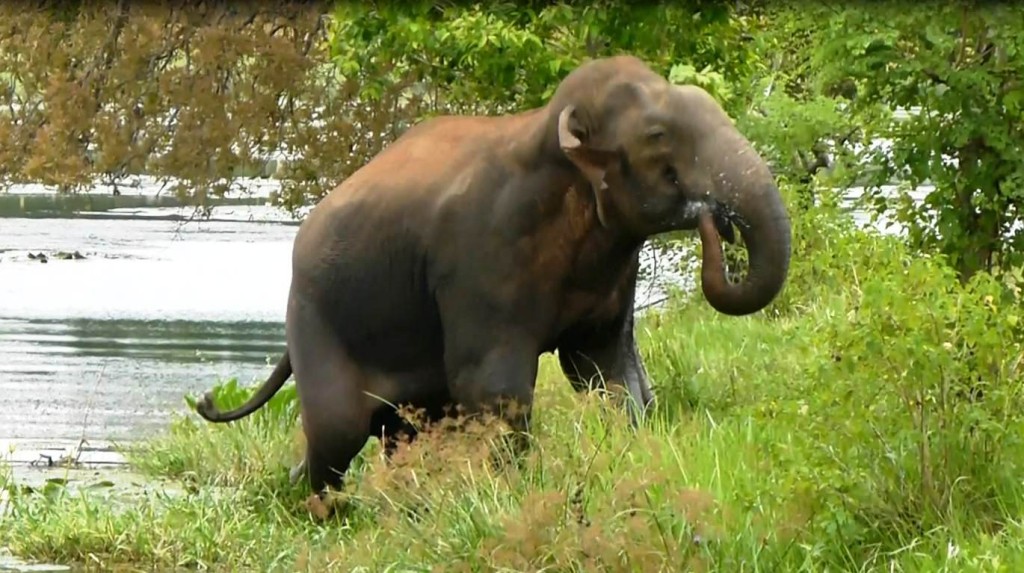 He then stated walking towards us very purposefully He came to within 2-3 meters of the parked jeep and glared at us. It was a test of nerves for about a minute or two, but he eventually backed down, and walked down the embankment and behind the bungalow, and then went on to the road. 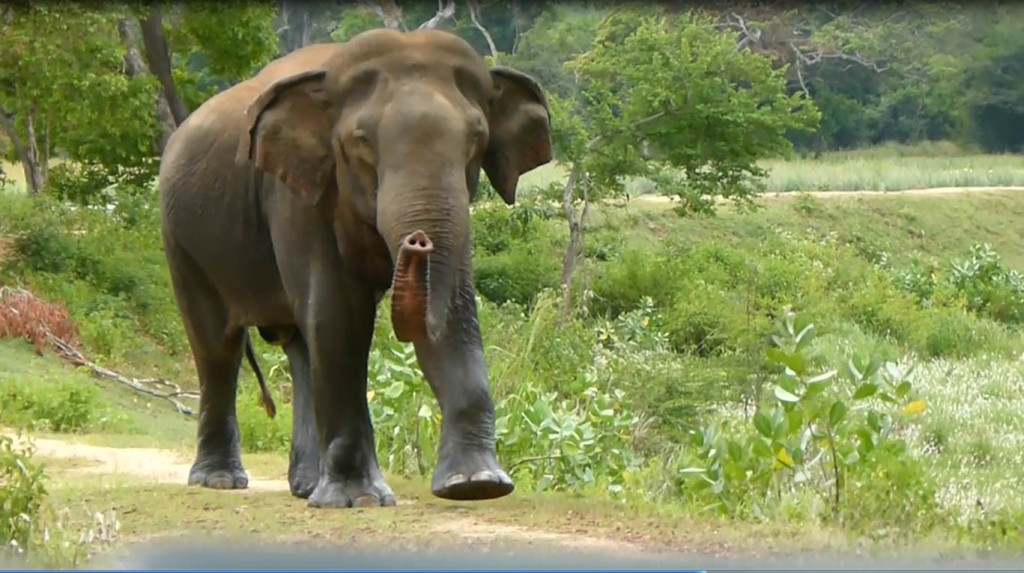 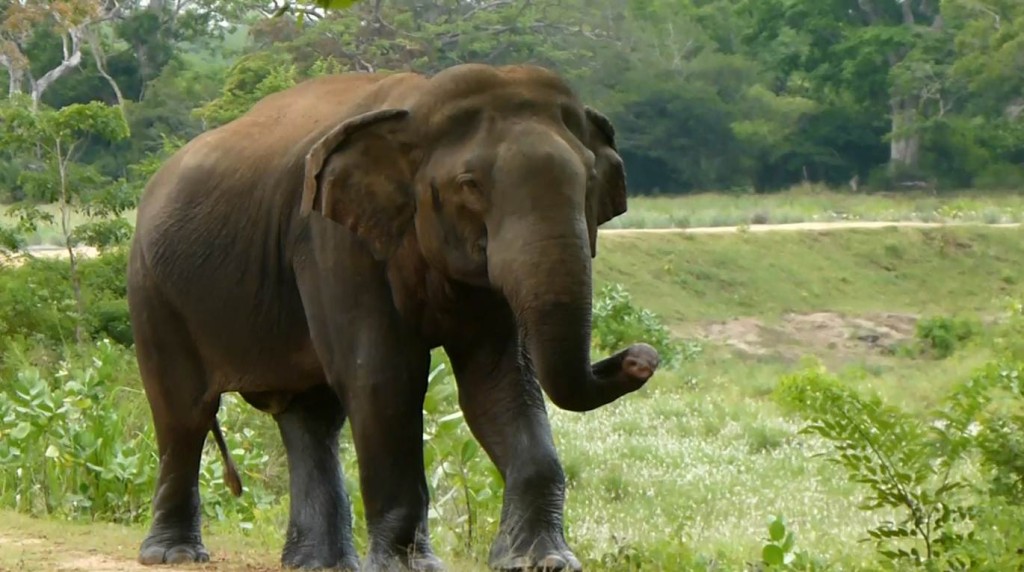 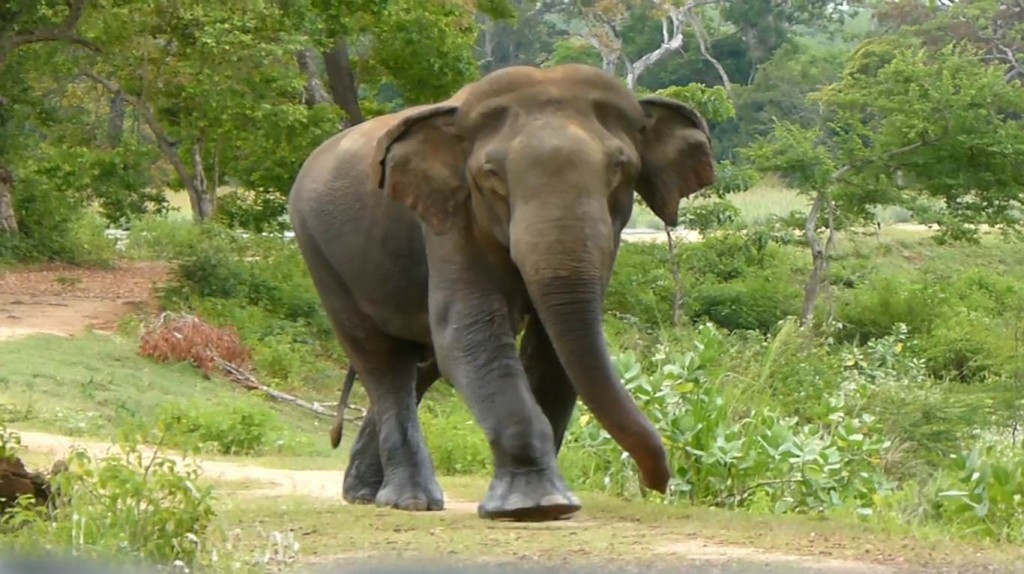 As he went by we noticed that he was in the early stages of musth, as seen by the secretions from the side of his head between the eye and ear 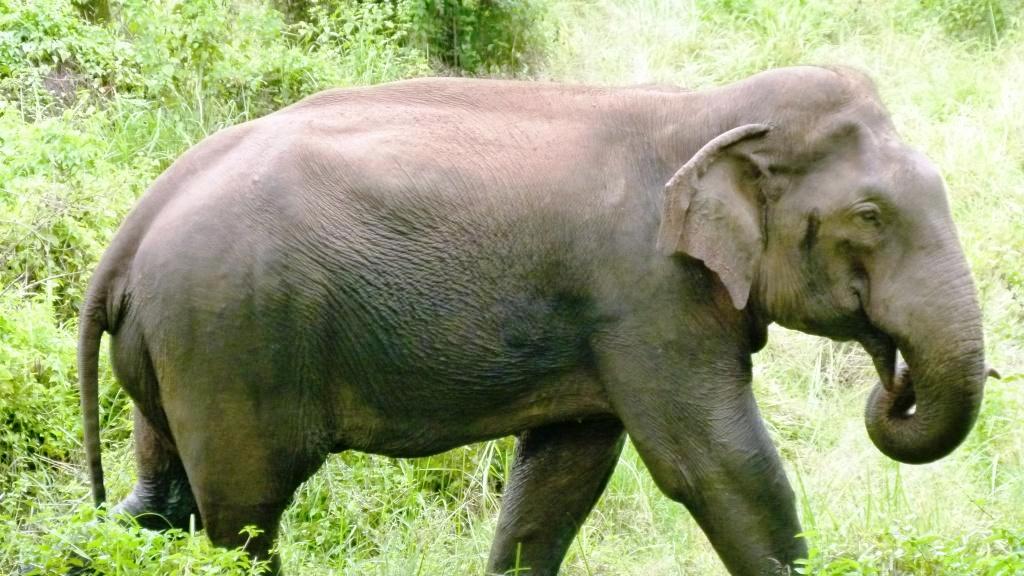 However, in retrospect, I felt we should have immediately reversed on to the side, leaving him adequate room, so that he could have then walked right passed our jeep, on to the road. We managed to get some more pictures as he nonchalantly walked along the main road behind us 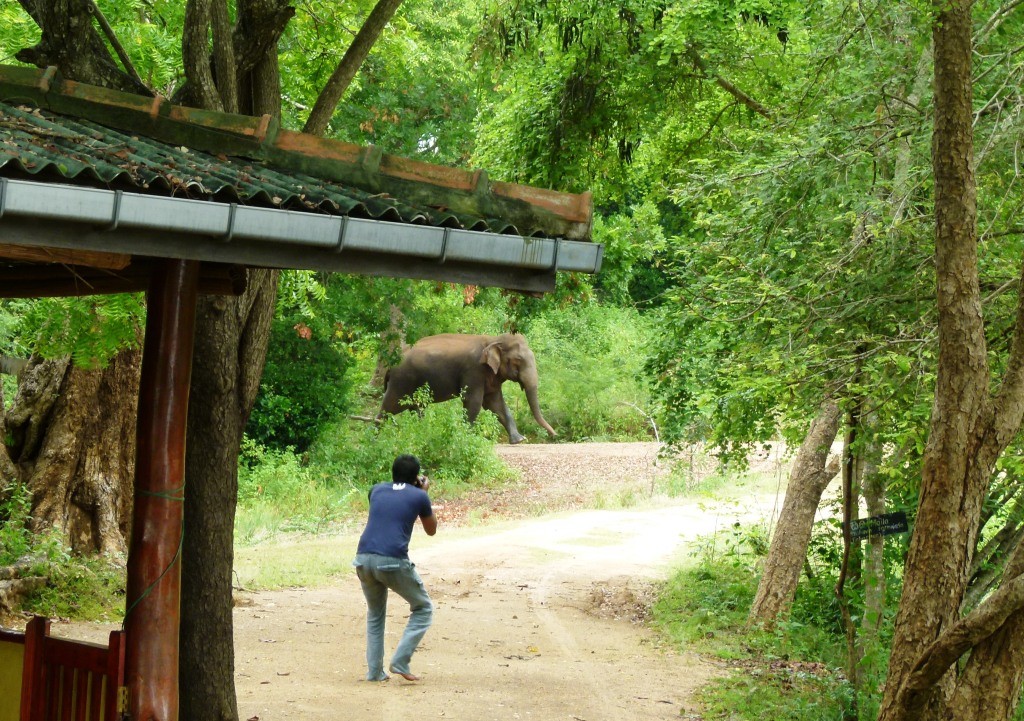