On my way to Yala few days ago, I made a quick stop over at the Elephant Transit Home (ETH) at Uda Walawe. As opposed to Pinnawela, where orphaned elephants are reared, at the ETH, orphaned elephants are kept only until they are big enough to be rehabilitated and sent back into the wild. Currently, there are 44 orphaned elephants at the ETH and Dr. Vijitha Perera, the dedicated Senior Veterinary Surgeon of the Department of Wildlife and Conservation (DWC), who is in-charge of the ETH has his hands full, looking after the youngsters. 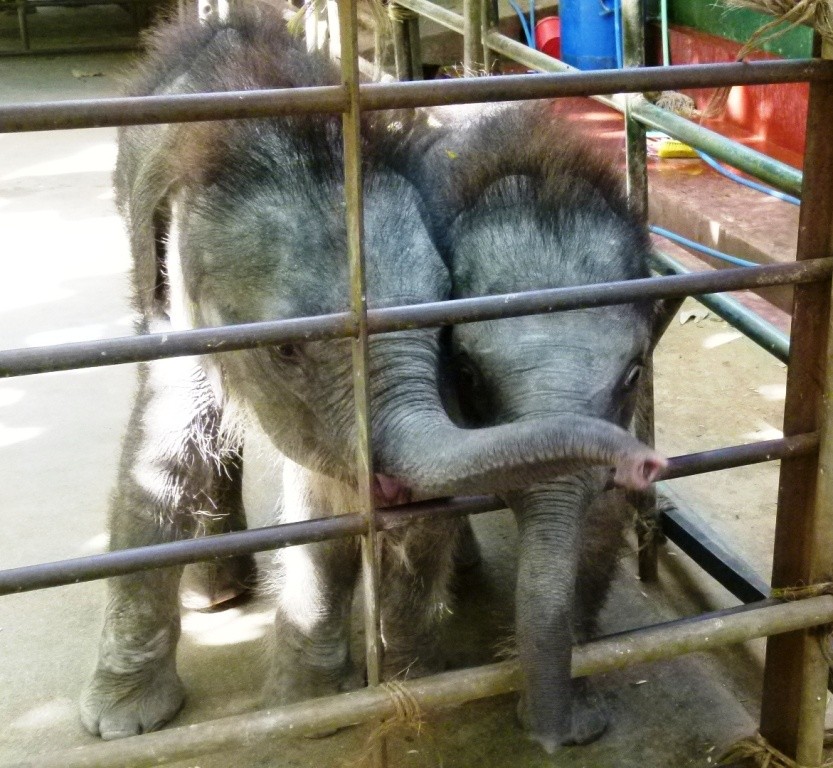 The ETH has become quite popular and crowds flock, to watch the baby elephants being fed milk three times a day at 9 am, 12 noon and 3 pm. 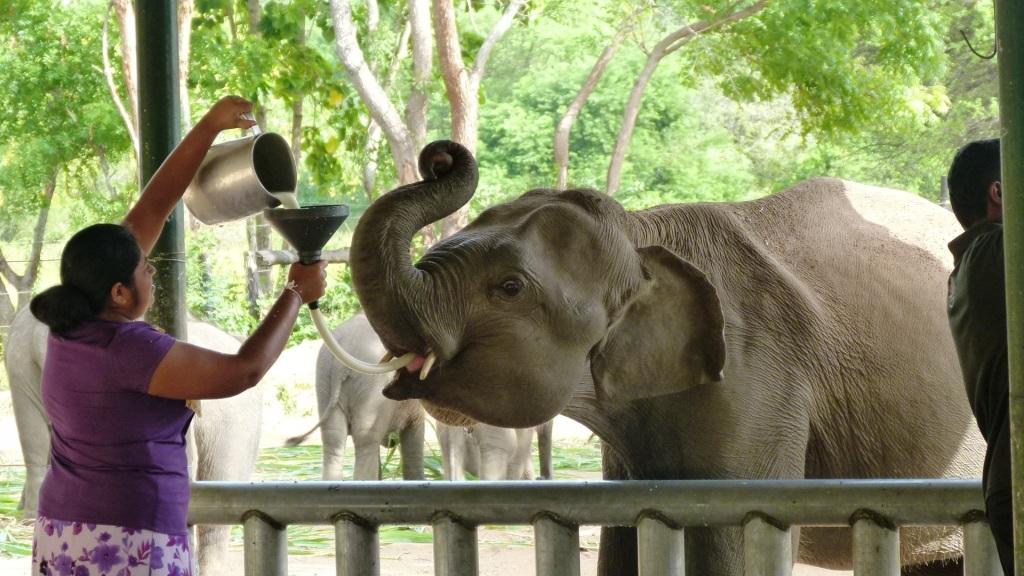 They are well disciplined and are expected to come into the feeding enclosure two by two. However, there is always a mischievous guy, who will try to jump the queue, and has to be chased back in to the line. 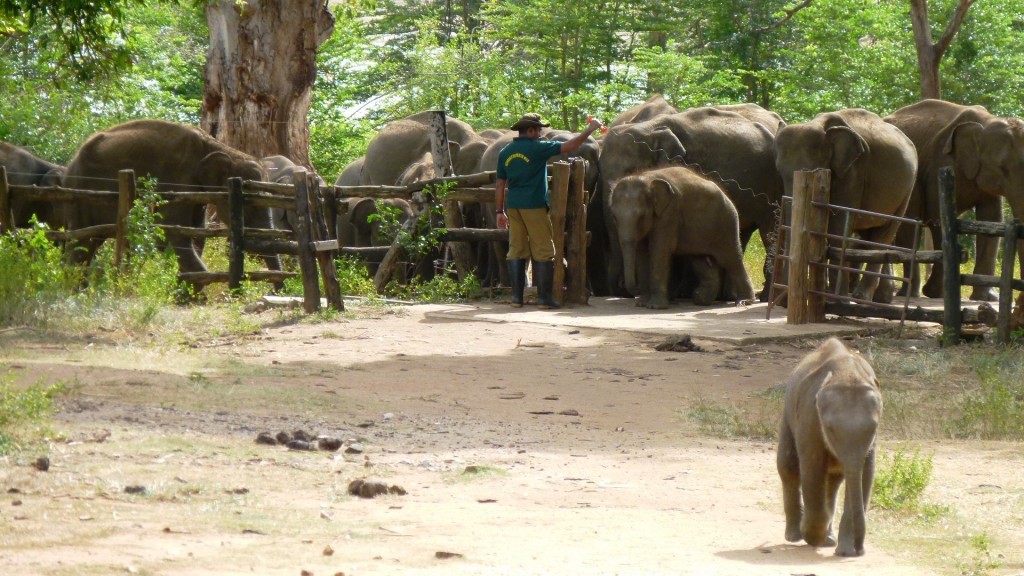 One of the main attractions at the ETH is the juvenile elephant Namal, whose left hind leg was caught in a snare. Due to gangrene setting in, the lower part of the leg had to be amputated. Dr Vijitha and his team have now successfully fitted an artificial limb, with generous help of donors, which Namal has got quite acclimatized to. He joins in play activity with some of the other juveniles limping along with his stump. Dr. Vijitha is currently getting a larger prosthetic limb designed, since Namal is now out- growing his existing limb. 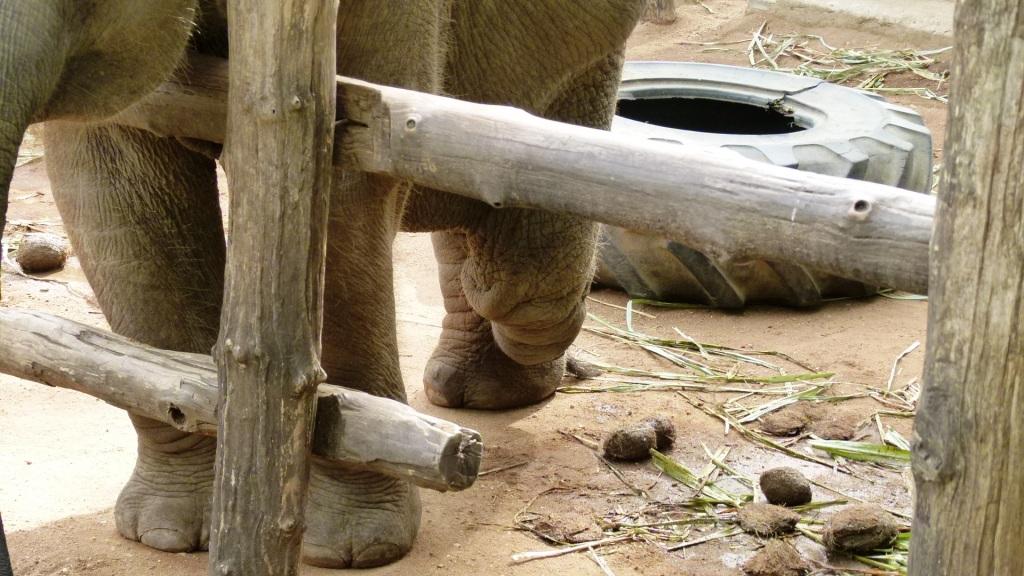 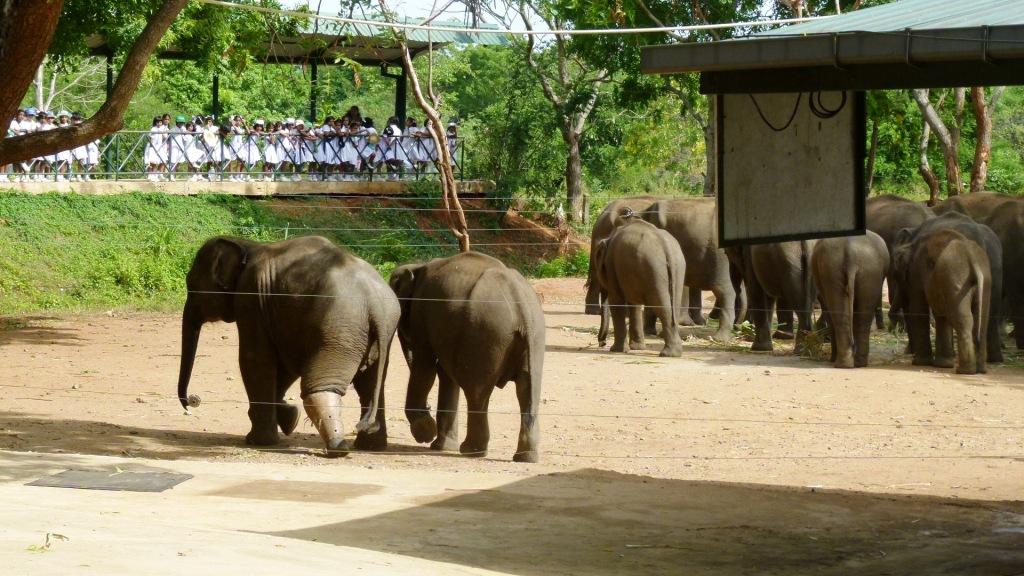 Every year, 7-8 large juveniles are released back into the wild, but last year, this did not take place, and as such, the number of orphans at the ETH has grown with a few large juveniles still around. The next release is scheduled for September 2014.