The Sinharaja rainforest’s ‘Mixed Species Feeding Bird Flocks’ is a unique spectacle that can also be  promoted as a tourist attraction, a leading zoologist said recently. Addressing a gathering of wildlife enthusiasts and tourism industry representatives at a lecture titled “Sinharaja Bird Wave” at the Ceylon Chamber of Commerce auditorium, Prof. Sarath Kotagama, said that two or more species feeding and moving in the same direction is known as a ‘Mixed Species feeding flock’.

In Sinharaja, some of the flocks could have as many as 35-50 individual birds from dozens of different species. It is a spectacular sight and the usually silent Sinharaja forest erupts into a cacophony of bird calls for a few minutes, as the flock approaches. On an average, there could be about 12 different species of birds, with some flocks recording as much as 30 – 40 different birds. Some researchers have recorded flocks consisting of over hundred individuals.

The birds do not stay for a long time in one place, as they move forward all the while feeding. In a few minutes, the noise recedes and the forest is once again engulfed in silence. Bird flocks is a phenomenon well documented but least understood, Prof. Kotagama said. Researches have revealed its formation, function and other interesting scenarios. The nucleus or the centric bird species that take the lead in forming the bird flocks are the Orange-billed Babbler and Crested Drongo. Usually, in the morning, the Crested Drongo that inhabits the forest canopy, starts calling, which is believed to be the wakeup call to other members of the flock. Then the Orange-billed Babblers start steering the flock forward.

The Sinharaja rainforest, as its name implies, receives plenty of rain. This feature hinders birds from locating food and therefore moving in a group helps them to find food. It is believed that this ‘feeding efficiency’ is one of the reasons for these flock formations. Interestingly, various birds travel in the flock at different levels. A rainforest can be divided into different levels, based on height and vegetation, namely ground, under storey, sub canopy, canopy, above canopy and emergent. Different birds specialise at different levels. For example, when the Orange-billed Babblers feed on the under storey, they disturb lots of insects which take flight. These become easy prey for the birds hovering above at canopy level.

Security is the other major advantage these birds enjoy moving as a unit. Many birds mean many eyes. So they are able to detect a predator and warn others, says Prof. Kotagama. An added advantage is that these birds move at different levels, so that dangers at all levels are covered. When a predator like an owl is present, some of the birds flock closely to mob the intruder. Unable to bear the continuous mobbing by the chattering birds the predator usually gives up and departs. 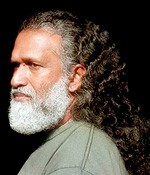 Prof. Kotagama said that researchers have also identified vocal signals used by the birds to communicate. Of them, the most important is the ‘alarm call’. The Crested Drongos play the role of sentinels, usually warning of any danger from above. As soon as the Drongos make the alarm call, the whole flock goes silent and ‘freezes’, so as not to reveal their location to the probable predator. Only after the Drongos give the ‘all clear’ call do they come out.

Bird watching is becoming popular around the world and Sri Lanka can easily be promoted as one such destination. However, it was important to highlight and present the unique features within the country, if we are to become an Ultimate Wildlife Safari as Sri Lanka Tourism is trying to promote. Citing ‘The Gathering’ which has been nominated as one of the 10 Best Wildlife Spectacular events of the world by LonelyPlanet, Prof. Kotagama said the mixed-species Bird Flocks can be presented to the Tourism industry as the ‘Sinharaja Bird Wave’.

Public lecture
The ‘Sinharaja Bird Wave’ is one of four lectures organised by the Sri Lanka Association of Inbound Tour Operators (SLAITO), together with the Sri Lanka Tourism Promotion Bureau (SLTPB). Sri Lanka Tourism has declared September the month of Wildlife, particularly focusing on ‘The Minneriya Elephant Gathering’, recently named as the 6th Best Wildlife Spectacle of the World, by the prestigious travel guide LonelyPlanet.

The final lecture of the series will be on Blue Whales, to be delivered by Gehan De Silva Wijeratne on September 28, at 5.30 pm, at the Ceylon Chamber of Commerce Auditorium, Navam Mawatha, Colombo 2.The Lecture is open to the public free of charge.

To share this knowledge with other researchers who conduct flock studies in other parts of the world, the Field Ornithology Group of Sri Lanka (FOGSL), a local affiliate of BirdLife International, organised an International Conference on Mixed-species Bird Flocks recently in Ratnapura and Sinharaja rainforest. The conference was attended by international experts on bird flocks. Another objective of the conference was to afford university students interested in Ornithology, to get international exposure on flock studies and scientific research.

Workshop on location
FOGSL will also conduct a special four-day workshop on Sinharaja Bird Flocks for bird lovers, in Sinharaja, starting October 8. The team will leave the University of Colombo on October 8, and stay in the rainforest. FOGSL has also opened their trips to non-members and those interested in obtaining an ornithological background knowledge to ‘Sinharaja Bird Wave’. Further details of the programme could be obtained from Prof. Kotagama’s office on fogsl@slt.lk or call 2 501 332.