Rambo goes on an Amorous ‘walk-about’

There have been concerns recently, about the disappearance of Rambo, the iconic male elephant, who habituates the electric fence erected along the bund of the Uda Walawe reservoir. For many years now, Rambo has got used to swimming  across the reservoir from the adjacent Uda Walawe National Park,  climbing the steep embankment of the reservoir bund, and standing behind the electric fence to solicit ‘tit bits’ from the passers-by on the main road. 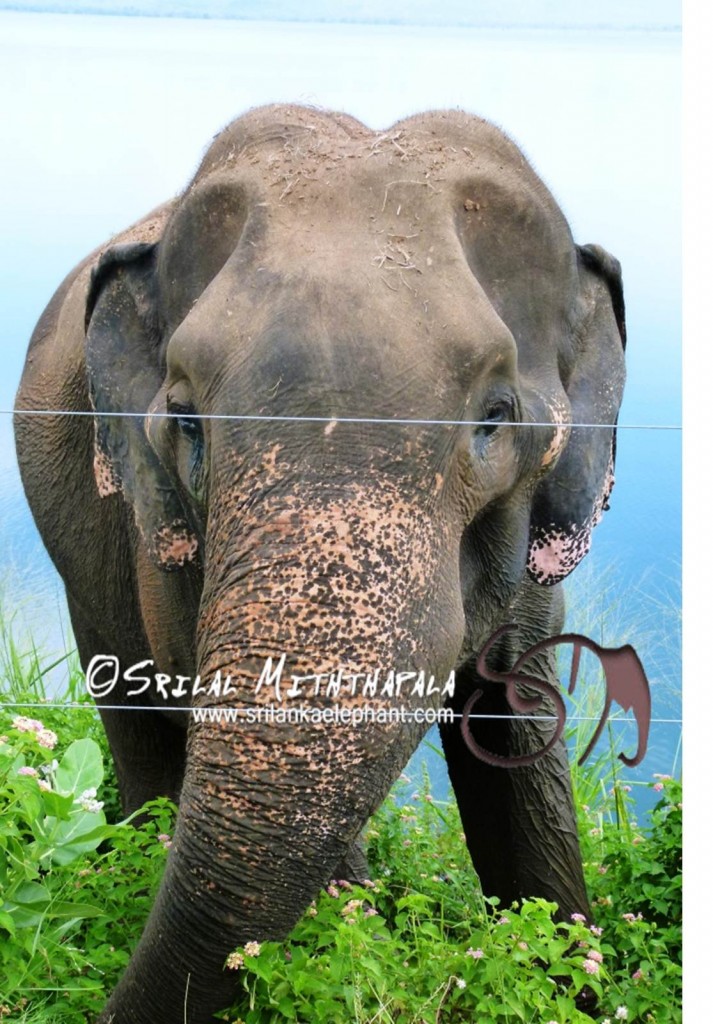 Rambo on the bund in late 2013 –Pic  Srilal Miththapala

About a month ago, the Department of Wildlife Conservation (DWC) had  concerns that Rambo may be getting too bold and may cause some harm, and erected a series of sign boards along the route warning passers- by not to feed the animal. The construction and design of these boards were done by LTL Projects (Pvt) Ltd, as a part of their effort to conserve Sri Lanka’s rich flora and fauna. 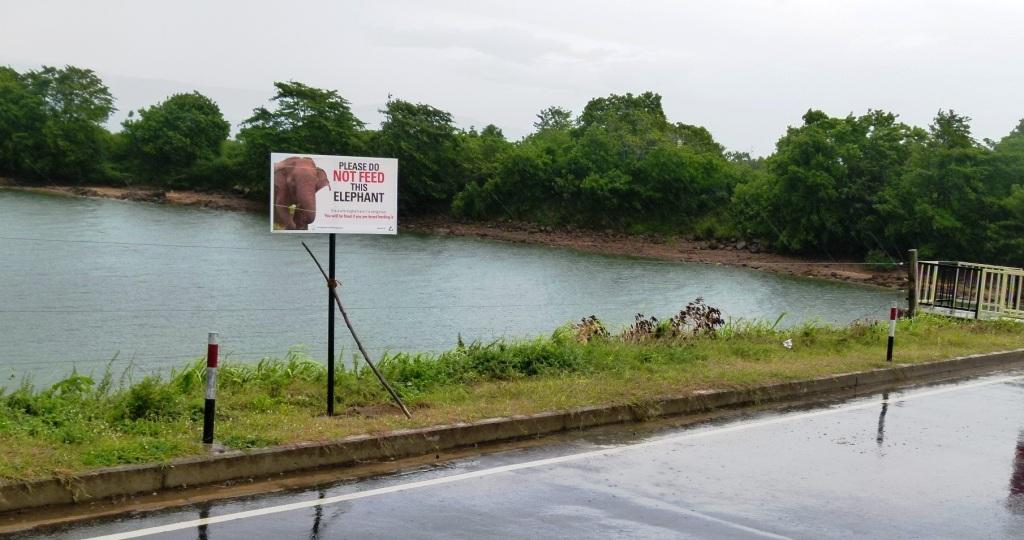 However, ironically ever since the boards were put up, Rambo has been missing. On a previous occasion last year, Rambo went missing like this, and there was a great concern that something detrimental had happened to him. He was eventually located at the edge of the park, very ill and with a gunshot injury. He was treated by the DWC Senior Veterinary Surgeon Dr. Vijitha Perera and he made a remarkable recovery, and resumed his normal antics at the electric fence.

In fact a month ago I wrote about Rambo’s disappearance in an article entitled “Off season for Ramabo ?” speculating that he has gone away from his haunt at the fence, because there were less travellers along the main road, it being the tourist off season in Sri Lanka now.

This time however, everyone was a bit suspicious, because after several years, Rambo was seen to be in very good body condition, and there was speculation that he had come into ‘musth’ . Now musth is a  cyclic occurrence in healthy mature male elephants, where they secrete a thick, viscous, pungent smelling discharge from their temporal glands (situated between the eyes and the ears). This can be seen as a thick dark stain running down the side of the elephant’s face.

During this period, the testosterone levels in the elephant’s body increases some 5000 times more than normal, and he becomes highly sexually active. When elephants are in musth, they constantly seek out receptive females in herds, and therefore, they are constantly on the move. They are normally in a heightened state of agitation, due to the high testosterone levels in their bodies.

Hence, there was speculation by a few elephant experts that Rambo had possibly come in to musth and had gone back into the park, searching out female company. Regular searches by me and some of my associates did not provide any conclusive evidence, until the Uda Walawe Elephant Research Project team of Dr. Shermin de Silva, managed to make a sighting of Rambo last week obviously in musth and ‘alive and kicking’. 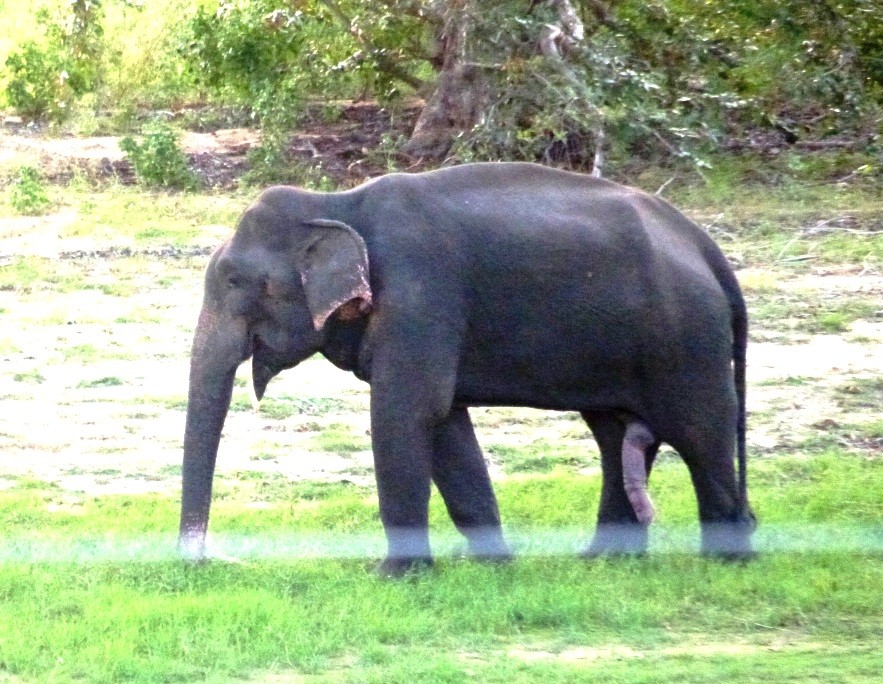 Rambo at the edge of the park, a week ago – Pic:The Uda Walawe Research Project

This was further confirmed by Dr. Vijitha, who informed me that he had sighted Rambo during the night recently near the electric fence.

Further observations have to be made to ascertain where exactly Rambo is carrying out his amorous activities!

We would be happy to hear from anyone who has had any sighting of him of late.